I’ve been doing some genealogical research recently and found an ancestor who fought in the American Revolution.

With that in mind, I was ready to read a historical novel about the Revolutionary War period.  I was happy to have the opportunity to read “The Mistress of Tall Acre,” a new novel by Laura Frantz. Thank you to the Revell Reads program for providing a free copy of this novel for my honest review.

I have to admit, I typically don’t read historical fiction, aside from some favorite classics such as Jane Austen novels.  This book showed me that I’ve been missing out on a wider variety of books.  I mean, I like learning about history and I like reading, so why have I been avoiding historical fiction?

In this novel, General Seamus Ogilvy has returned from the Revolutionary War and brought his young daughter Lily Cate back to his Virginia plantation to raise her alone, since his wife died while he was fighting the war.  Lily Cate soon becomes attached to Sophie Menzies, their nearest neighbor who is in dire circumstances at her family home after her mother died and her father returned to Scotland as a Tory loyalist.

The general kindly provides necessities for Sophie while she provides care and friendship for his little girl.  Their friendship is turbulent since Sophie doesn’t hesitate to speak her mind to the general, but eventually it becomes clear that the best path for both of them during this time period is marriage.

Their marriage takes place about halfway through this novel.  The groundwork of friendship between the general and Sophie in the first part of the book is charming and nicely paced.   After their marriage, the storyline continues to unfold for the third quarter of the book until some major plot twists take over during the final chapters.

One thing I did not like about this book is that I thought the back cover gave away too much of the plot.  I would have preferred to be surprised by some of the developments in the storyline.

In general, I didn’t care for the last part of the book as much as I liked the earlier chapters.  The pace of the story changed and seemed to rush along during the final quarter of the novel, and some aspects of the plot were a bit melodramatic at the end.

Overall, “The Mistress of Tall Acre” was a good Christian book.  The characters of Sophie, Seamus, and Lily Cate were well rounded and likeable.  The historical details about their lives seemed to be well researched.  It was interesting to read about characters during this time period, and the book gave me a better understanding about what life may have been like in the tumultuous times following the American Revolution.

“The Mistress of Tall Acre

“ (affiliate link) is available from Revell at Amazon.com and other retailers.

Thank you to the Revell Reads program for providing “The Mistress of Tall Acre”
to me for free to facilitate my honest review.  All opinions are my own.

This post contains affiliate links, which help support this site.
Please refer to my disclosure statement for more information about affiliate links. 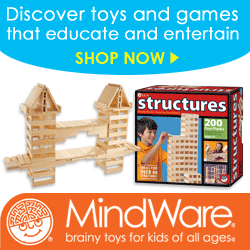